This screen shows the Idea’s gating plan and actions on a Gantt chart. 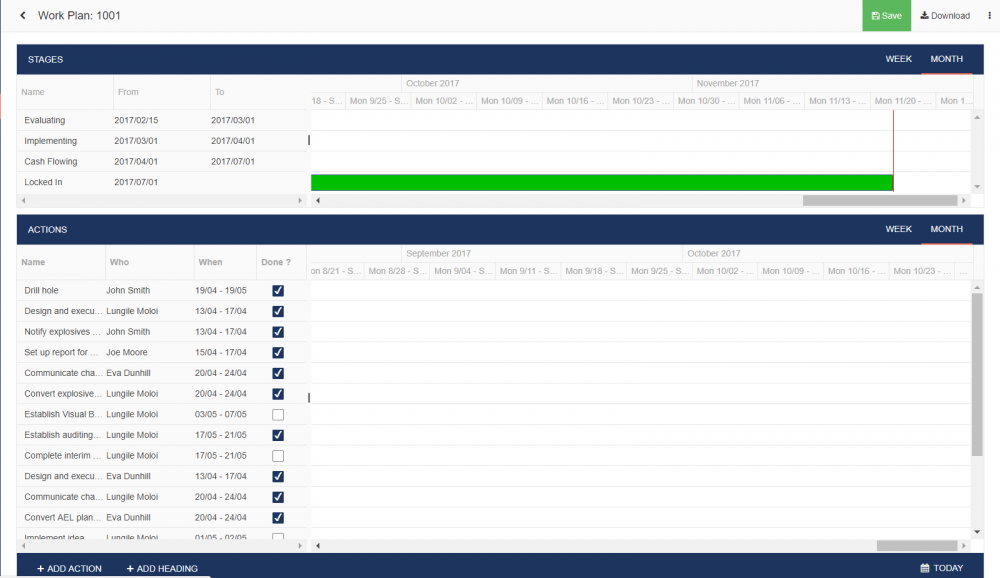 From and To Dates: These details will be automatically populated from the Idea Timeline section in the Idea Form

If a gating date is missed the Idea will have a red status, shown in the ideas pipeline reports.

The Action Plan displays the work plan for the idea. It will display all actions captured by a user and the timelines associated with each idea. If an action is not completed (indicated by selecting the Done checkbox) by the date of completion the work plan will highlight the action with a red colour.

These actions enable the user to track the smaller stages in the idea more closely, and are manually added using the Add Action button.

The actions will appear in the RAR and on the Dashboard of the person they are assigned to.

If an action from the Idea Action Plan is not completed by the due date it will be marked red:

Click the Add Actions button and populate the action details. 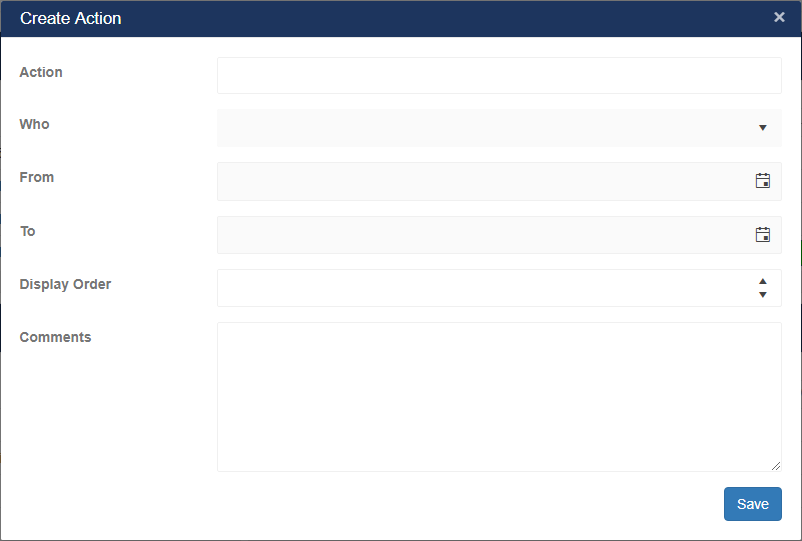 located at the bottom. Alternatively you can double click on the Action. 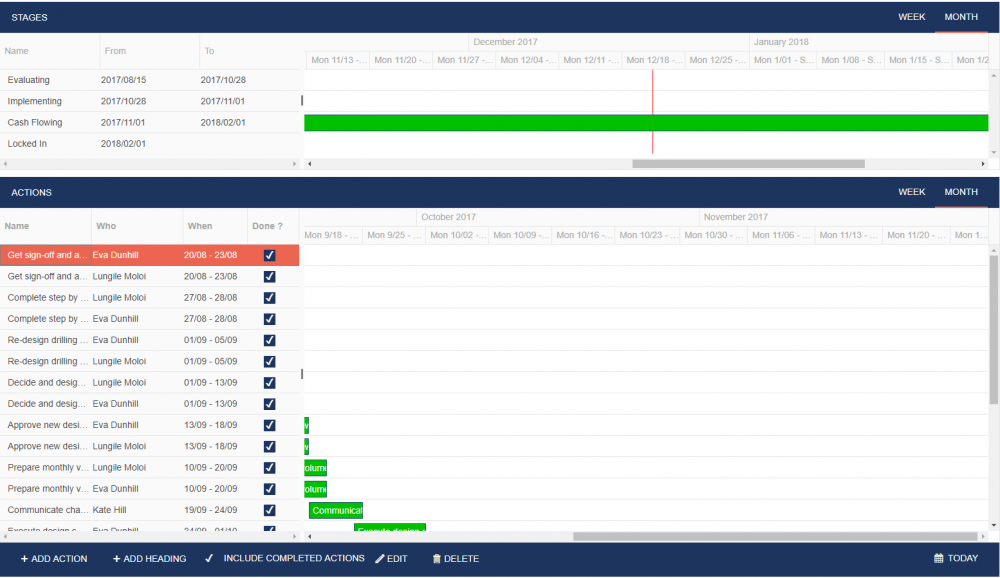