Each node in the VDT contains information, as well as controls to modify the node or the VDT. The colour of the node is determined by the type of the node (Parent, KPI or Constant), with the colours configured on the Site Settings Page. 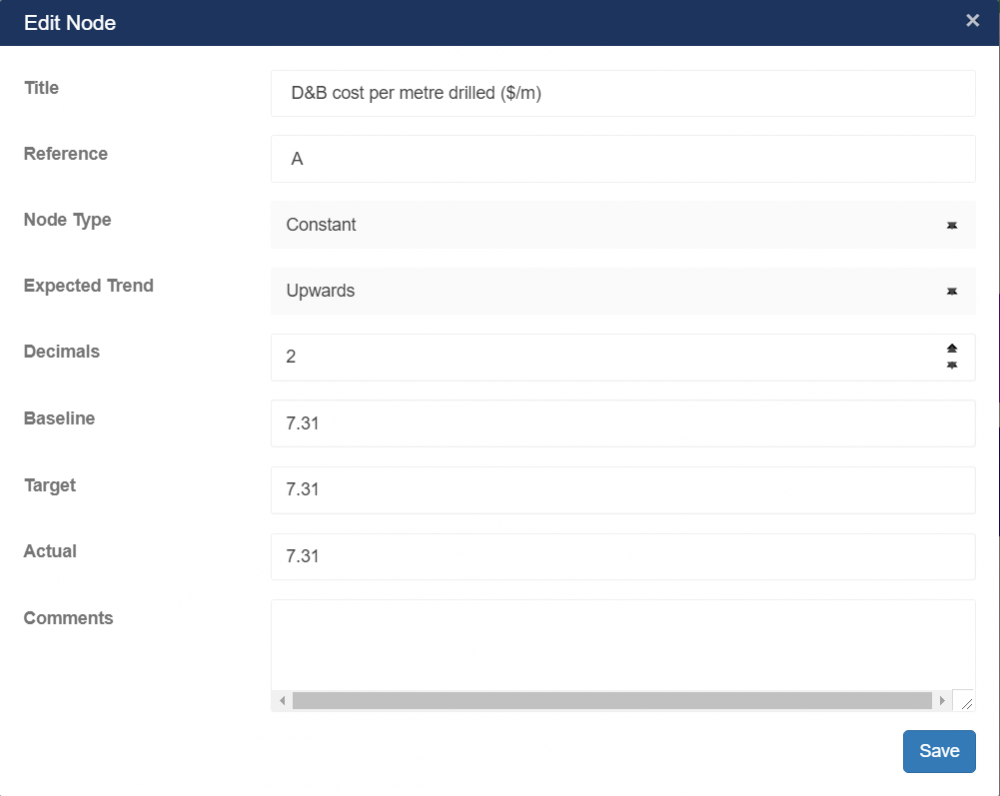 Depending on the type of the node (selected in the Node Type dropdown), different input fields will be displayed within this dialog. The complete list of fields are listed below.

Expressions are used to specify how a field or child node calculates its value. These can be made up of any combination of the following:

During evaluation of the expression, references are replaced with their appropriate values (from the field/node it referenced) and the expression is then evaluated using the standard mathematical order of operations:

The following functions are currently supported: