The below sub-sections are hidden by default. Only the Idea Basic Information and Idea Overview sections are visible until an Idea has been saved. Thereafter, the other sections will be available for editing. To edit them, click the Edit button on any existing Idea:

Once your Idea has been Saved, the screen will look as follows:

The Idea Status emoticon gets updated when a checklist/workflow is completed. Green when the Idea keeps up with the specified timelines otherwise Red.

On Hold Ideas can be activated by changing the status to “Active”.

Cancelled Ideas will need to be archived first then Activated, by changing the status respectively. 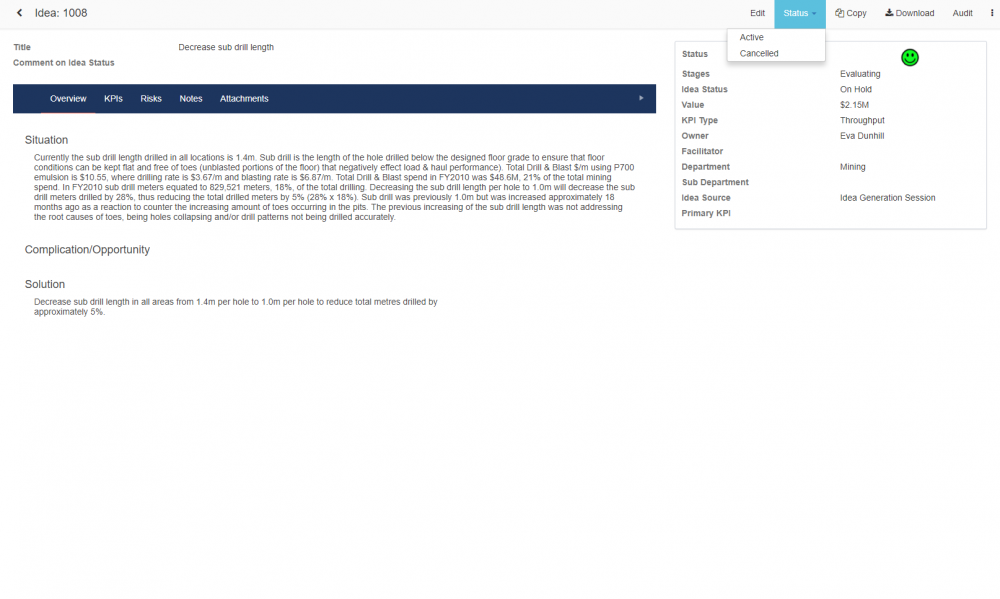