Specify the stakeholders for the Idea who will be responsible for approving the relevant workflows under each stage, allowing the Idea to progress along the different stages. 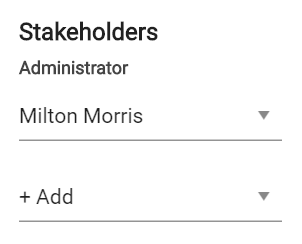 The following changes will be made when the idea definition is updated.

The colour status under each stage indicates if the Idea is on/off-track based on the forecasted timeline entered in the workplan; this date is shown below each stage.

The workflows under each stage are the checklists that need to be completed and approved to allow the Idea to move to the next stage.

Prior to submitting a checklist for approval, each checklist shows the list of roles that need to approve them. 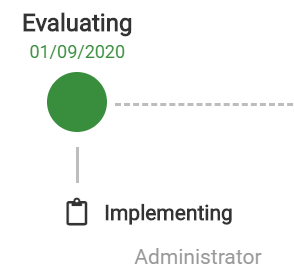 To complete a checklist, click on the bold name of the checklist, answer each question then submit for approval. You will not able to submit a checklist for approval until all the required stakeholder roles for that workflow are populated.

Once the checklist has been submitted for approval, the list of approvers and date the checklist was submitted to the approver are shown below each checklist. You can send an email reminder to the stakeholder reminding them to complete the approval. 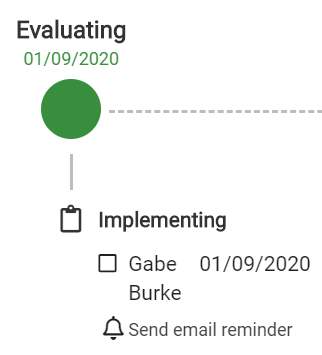 If the person submitting the checklist is also an approver, their approval is automatically approved by the system.

Once the checklist has been approved, a check appears next to the approver's name, with the approval date in green.

Changes to the Idea Approvals are saved automatically.