How to change a Reviewer for a RAR Series 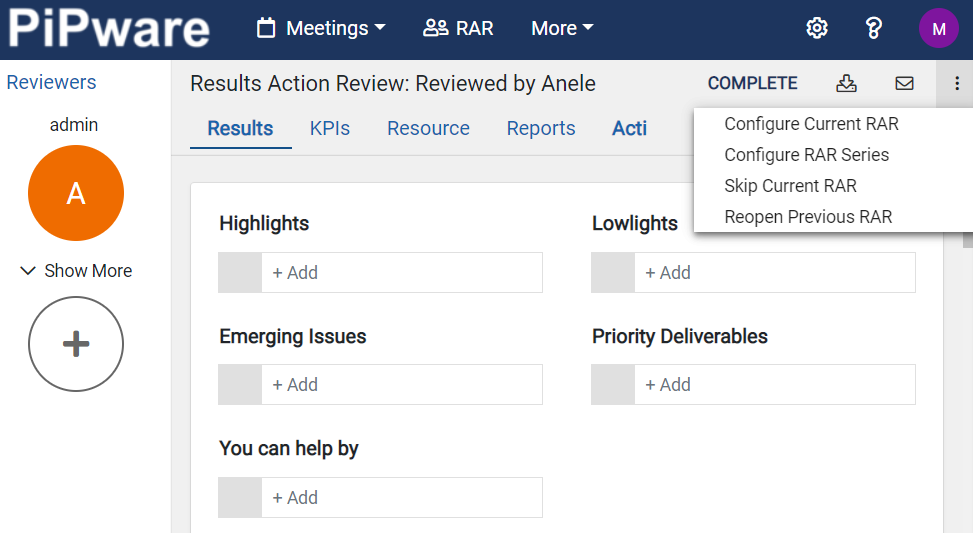 The default reviewer of a Rar series (e.g. admin above) can not be changed on the system, it can only be changed through a change request that will need to be forwarded to support@pipware.net. The following information should be included in the request.

Here's an article for more details on this. How can I edit a RARs' Review and Report Date?

Kindly note we advise against creating a RAR for a period that was skipped, as this might end up having a negative impact on your Rar compliance and Completing the next Rar.

When there's a mistake made on a RAR we advise against using the Skip Current RAR option but rather use the Reopen Previous RAR option.

In cases where you would like to delete or archive a RAR series with the same or different reviewer. You will need to perform the following:

A user will not see the Complete button in the following cases.

A user should only see the Complete button for only a single RAR in a series, in cases where the user can see the Complet button for multiple RARs within the same series. You will need to forward a change request to support@pipware.net and include the following information: