What does the color statuses on the pipeline mean?

The Statues on the pipeline report mean the following, also note the system provides a hover over functionality as a tooltip of the colour statuses. 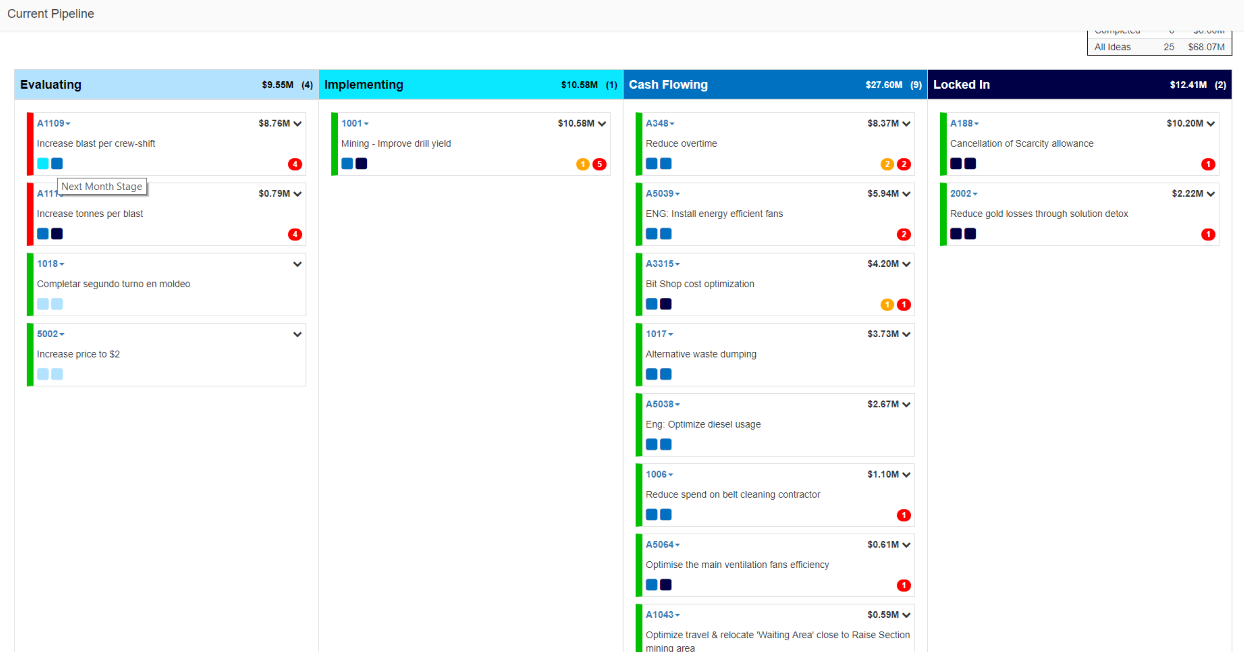 The bar on the left of each idea is linked to the status of the idea.

Please note that the status colours works the same way as the gating plan colours, that is if a Revised Date is specified it will be used otherwise the Target Date is used.

The status indicator on the left of the idea card indicates if the idea is in the correct stage at this point in time.

The idea number on the card allows you to navigate to a specific idea detail by clicking on it.

The two blocks next to the idea number – the colours used correspond to the gating stage colours.

The second block displays which gating stage the idea should be in during the next month.

For example, Idea A1109 is currently in Evaluating. However, according to the timeline of the idea, this should have been in Implementing and Cash Flowing next month.

Please note, the settings that also defines whether the original target date or revised target date(if applicable) should be used can be found under Admin > Settings - Effective Target date source