The Actions section of the RAR is split between two categories: 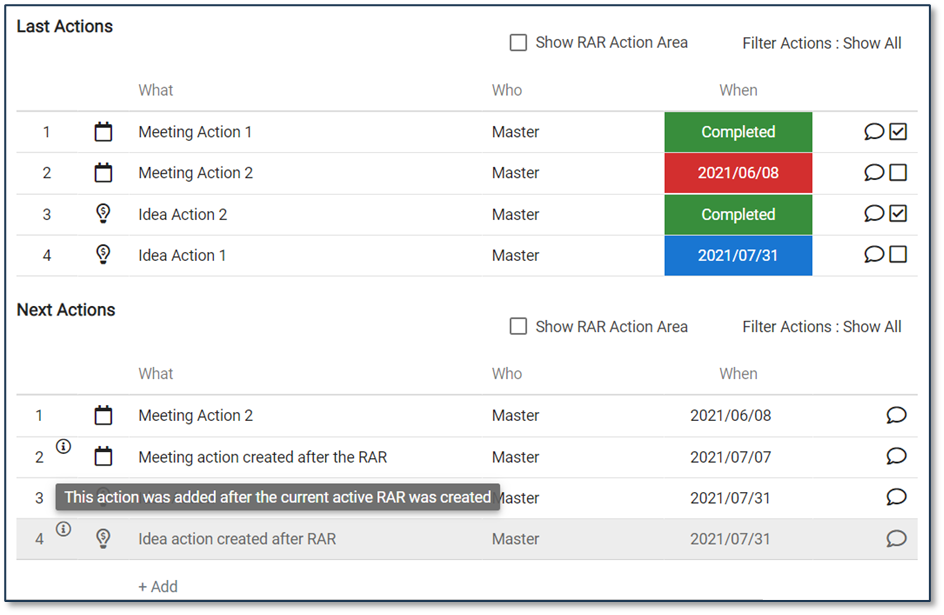 This section allows you to review Actions and mark them as complete. You also have the ability to add comments to each action, where necessary.

The Next Actions section allows the user to add upcoming actions. Idea actions are also displayed here. Users also have the ability to capture revised dates for actions not previously completed.

It is possible to add an additional status colour - to indicate ideas where the due date has changed, although this needs to be specifically request, as it is not currently a standard feature.