The value specified in the Idea Forecasts section is used to estimate future values for the Idea.

After clicking on Benefit, you can then click on Forecast as specify the forecasts on this displayed screen. 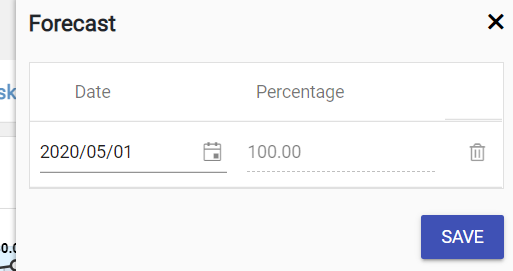 The system uses the specified percentage to override the predefined percentage for an Idea Stage e.g. Evaluating, Implementing(0.0%), Cash Flowing(50.0%) and Locked In(100.0%).

The specified percentage is used to calculate the estimated value for that particular month, which is then used to generate the cumulative benefit report as per specified filters.

Note when a forecast percentage is specified it will be used from that date onwards until a new one is specified.

Forecast values are calculated in reference to the Idea stage at that time.

If there are no forecasts specified, the calculations are as follows:

Using the example above with a forecast percentage specified of 50% from 01 May 2018, the calculation is as follows:

The following two forecast methods have been introduced: 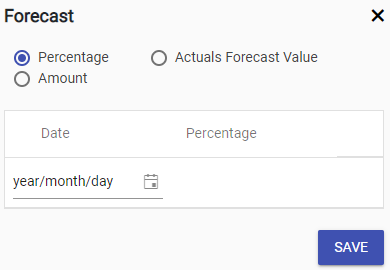