What is the difference between the current pipeline and cumulative pipeline?

This will show you the active (current, not status) value of the idea given the stage the idea is currently in, even if the idea is ahead or behind. If the current stage is evaluating, yet it should be cash flowing, the system will report the idea as evaluating as this is the "Current" or actual pipeline.

This report is driven by the applied filters and works in intervals from the specified date then builds the number of required periods.

The report will give you idea values for a month based on each Idea Timeline. if the system contains 100 ideas, with 20 of the ideas meant to be in Implementing (even though only 5 are/were in the stage in that Month) it will show the 20, as per the timeline.

The system will use the Idea stage Actual Date(s) specified on the Idea Timeline for Months start dates less than today(when the report is viewed). When generating the forecast region (with a grey background) it will consider the Idea Timeline stage Target Date(s).

For each Month the system will accumulate all the Idea values of the Ideas that are supposed to be in that Stage by that Month based on the Idea stage target dates specified on the Idea . 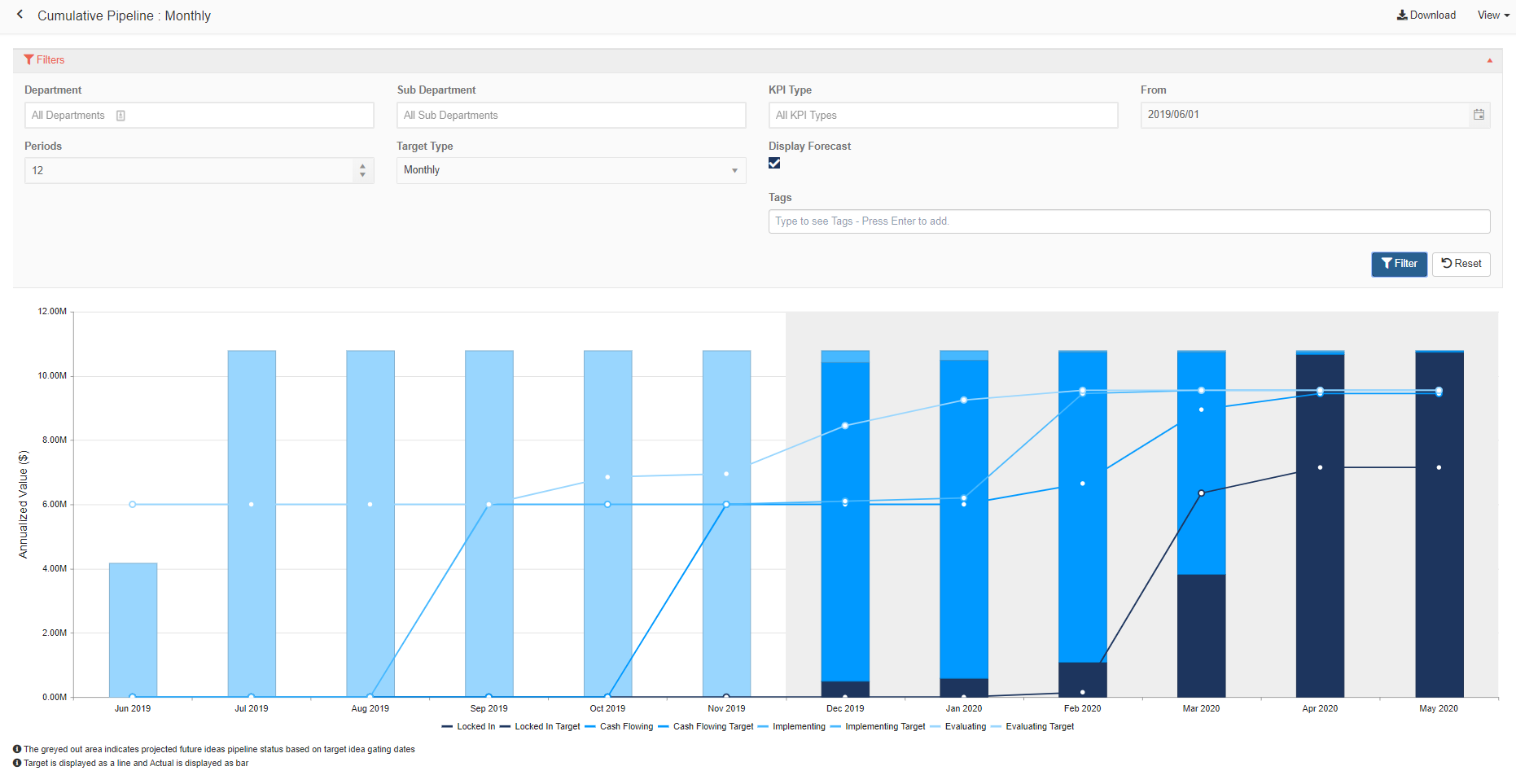